Siklab: A League of their Own 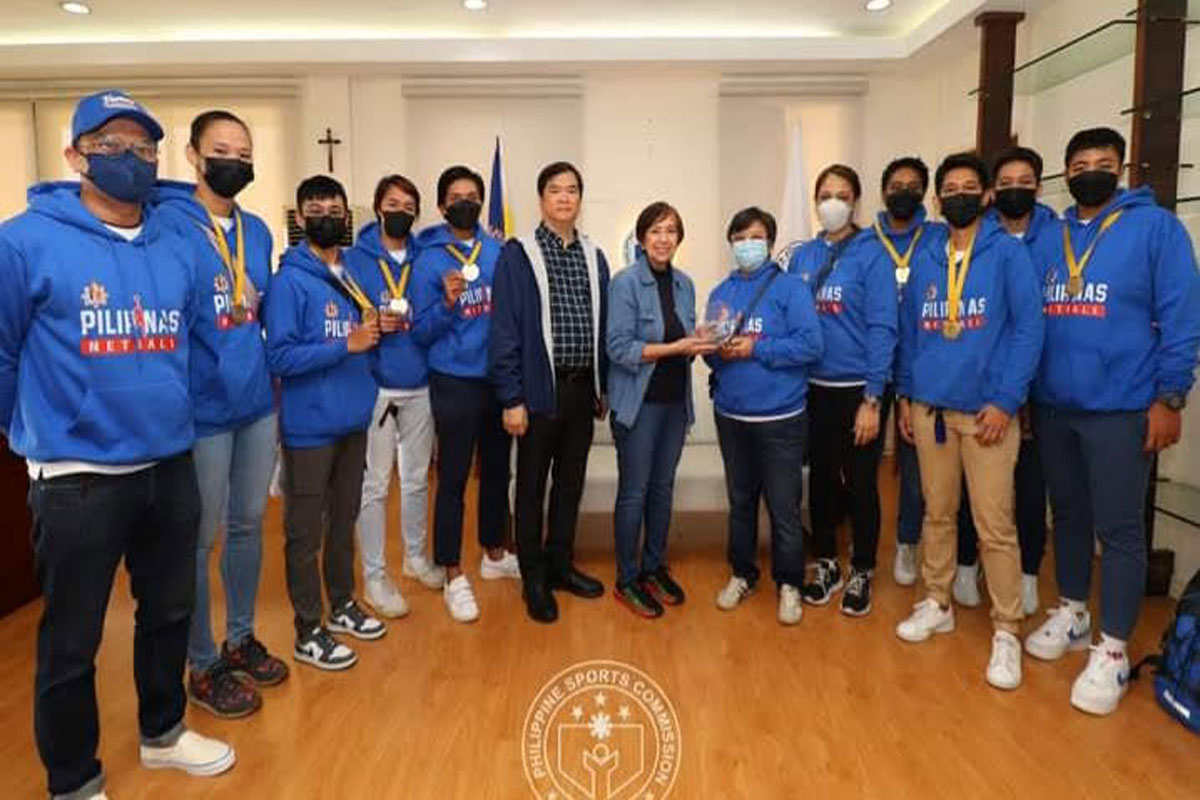 THE Philippine Netball Federation, Inc., (PNFI), headed by Atty. Charlie Ho, hopes to draw more attention to the sport and encourage more young female players to take up the game in the coming years.

Known as Siklab Pilipinas, the Filipinas brought home the silver medal in the four-nation pocket tournament in the South Korean cultural capital city of Jeonju.

“Netball is really a new sport for the Filipinos since we started only in 2015. But it’s as exciting as basketball and volleyball and we really hope more people will give it a try,” said Fedillaga during the People Sports Conversations program of the Philippine Sports Commission (PSC) last Thursday.

Fedillaga, one of the first few coaches who introduced netball in the country in 2015, claimed there are now more young female players who are interested to play netball.

“Our netball family is fast growing. In fact, there are athletes from basketball and other sports who want to join. Madami na ang gustong sumubok para sa mga susunod na competitions,” added Fedillaga.

Gallegos, who played under Fedillaga in the early years of netball, said the PNFI decided to send young and new players to the recent international competition in Korea to give them the much-needed exposure against strong foreign opponents.

“We played against Singapore, Nepal and of course, host Korea. Maldives was supposed to be there, but unfortunately ), hindi nakadating.”

Both Fedillaga and Gallegos admitted there is still a need to strengthen the PNFI grassroots development program.

“Ang focus namin ngayon is to have a grassroots development program. We really went around the country even during the pandemic to introduce netball. We also contacted DepEd para yun mga teachers at instructors na interesado maturuan namin” explained Fedillaga

Gallegos, on the other hand, expressed confidence that more young female players can be convinced to try netball even if they are already into other sports, like basketball and volleyball.

“For me, it’s always good to try new sports. Netball is a combination of basketball and volleyball. Ang maganda dun, nade-develop yung certain skill sets that adds to it, that helps you learn other sports. Right now, I am concentrating and loving it and I would want the young ones to learn netball, too. explained Gallegos, a former national athlete herself.

“Netball is the feminine side of basketball.”

Lomogda, who served as the team captain of the silver-medal winning team in Korea, did not hide her excitement in being able to lead the team and play against Singapore, Korea and Nepal even in a pcoket tournament.

Arayi, a successful basketball player with Adamson University in the UAAP, also welcomed the challenge of playing netball and representing the country in international compettions again.

Last Aug. 2-5, the Filipinas brought home the silver medal in the tournament which served as part of their preparations for the Asian Championships next month.

Aside from Lomogda and Arayi, the other members of the national team are Katrina Garcia and Vangie Soriano of Philippine Army, Tin Abriam, Shang Berte, Je-Anne Carmelo, Nica Guliman, Bennetee Revillosa and CJ Seno.

The team, headed by Atty. Charlie Ho, made a courtesy call to the PSC Commissioner Bong Coo and Executive Director Atty. Guillermo Iroy at the PSC office in Vito Cruz, Manila recently.

Netball, which is being played by over 80 milliin in more 80 countries, is a ball game played by two teams of seven players in a rectangular court with goal rings without board.

The object of the game is to score as many points as possible without advancing the ball through dribbling. A player can hold on to the ball for three seconds before shooting or passing.

In Southeast Asia, netball was introduced during the 2001edition in Kuala Lumpur, Malaysia.

Asked about the future of netball and the emergence of more outstading female athletes in other sports, Gallegos and her netball pals have a ready answer.

“As women, we’re more inspired now. We’re up to the challenge and we know it’s our time to shine, too.”