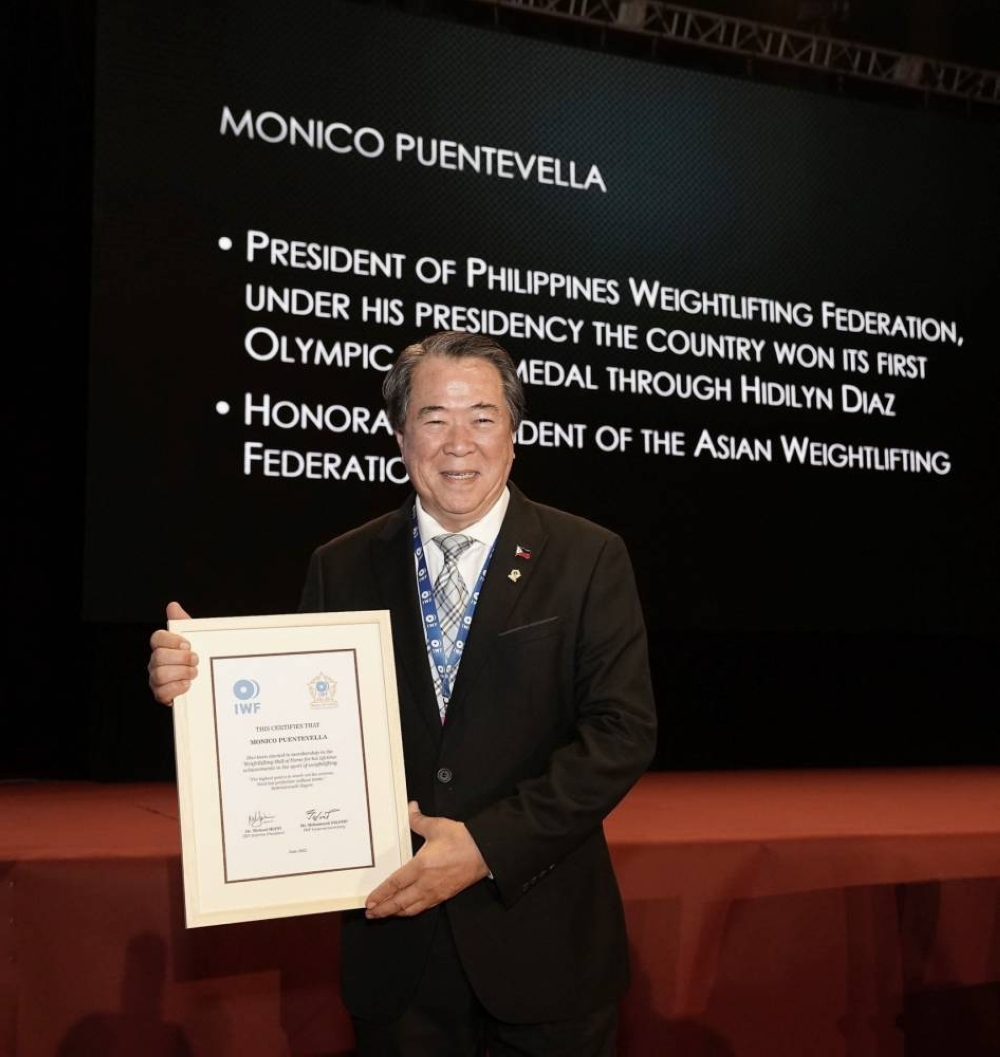 Puentevella was recognized for his lifetime achievements in the sport. Under his presidency, the Philippines won its first Olympic gold medal in Tokyo, Japan last year courtesy of Hidilyn Diaz.

"To God be the Glory. What more can I ask? When it rains, it pours. A gold medal in the Tokyo Olympics! And now to be installed into the IWF Hall of Fame. This recognition belongs to all our lifters, coaches, officials and my family. My only dream left is to win another gold medal in the 2024 Paris Olympics. Then I'm ready and done, Lord. Praise Thee. Mabuhay ang Pilipino," Puentevella told The Manila Times after receiving the award from Hall of Fame Committee Chairman Sam Coffa of Australia.

The Philippine Youth Games-Batang Pinoy, a national tournament for children 15 years old and above, is a brainchild of Puentevella when he was PSC commissioner.